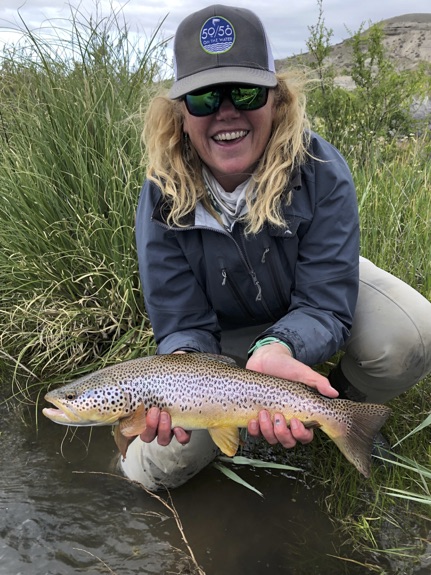 Geri was born and raised in eastern Washington State, but her fly fishing obsession started while living in Taos, NM in the mid 90’s. After 11 years in Taos, Geri and her husband moved their family to the Midwest to open a fly shop in the Driftless region of S.W. Wisconsin. Geri and her husband have owned the Driftless Angler (driftlessangler.com) for 14 years, and she has been guiding SW Wisconsin’s spring creeks for 9 years. In 2015 Geri opened Athena & Artemis Women’s Fly Shop (womensflyshop.com) so that women could find quality fly fishing apparel and gear all in one spot. You can find Geri and the A&A booth at many fly fishing trade shows during the off season.

Over the years Geri has been passionately committed to introducing as many women to the sport of fly fishing as she can. You can find her speaking at various T.U. meetings in the Midwest, partnering with women’s fly fishing groups, teaching at women’s clinics, and volunteering her time with Casting For Recovery.