From the January 2016 newsletter 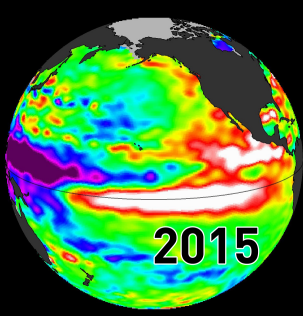 A warming trend in the Pacific has spawned a wet season for the Southwest, including New Mexico. Every one of the state’s river basins have an above-average snowpack, according to the initial water supply forecast by the Natural Resources Conservation Service. Last year, the snowpack was well below 100 percent in most of New Mexico’s mountain ranges. December’s snowfall pushed precipitation totals for the month to 137 percent of the 30-year average. December marked the first time that New Mexico was reported as drought-free on the drought monitor map compiled by agencies that keep track of river flows, soil moisture and other data.

The Pecos River Basin snowpack, at 159 percent of average, is more than twice what it was last year at this time. The Rio Hondo basin was at 181 percent compared to 72 percent last year.