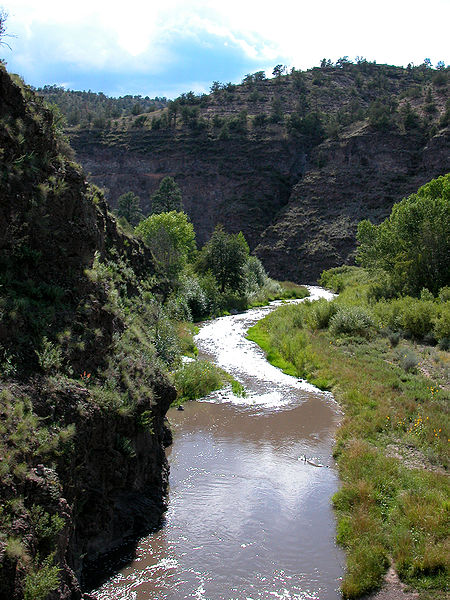 The New Mexico Central Arizona Project Entity, or NMCAPE, decided to abandon an estimated billion dollar plan for capturing the river’s water, which entailed diversion of the Gila and storing waters in an off-stream reservoir near Turkey Creek. The NMCAPE directed its engineering contractor to continue studying only those projects that would cost $80-100 million to build, which is the amount of funding New Mexico anticipates receiving from the federal government to develop water from the Gila.

The NMCAEPE also acknowledged that the project will be smaller, and would not be capable of delivering all 14,000 acre feet of water the state has rights to under federal law. A range of other options for diverting Gila waters include storing it in existing infrastructure like Bill Evans Reservoir or storing it underground.

The 2004 Arizona Waters Settlement Act allowed New Mexico to trade with Arizona’s Gila River Indian Community, and gave state officials 10 years to decide if they would meet water demands in Grant, Luna, Hidalgo, and Catron counties through efficiency and conservation or by building a diversion on the Gila River.

In 2014, the New Mexico Interstate Stream Commission voted to pursue the diversion alternative. To receive all of the federal funding promised under the 2004 act, the state has until December 2019 to come up with a plan and complete studies required by the National Environmental Policy Act.