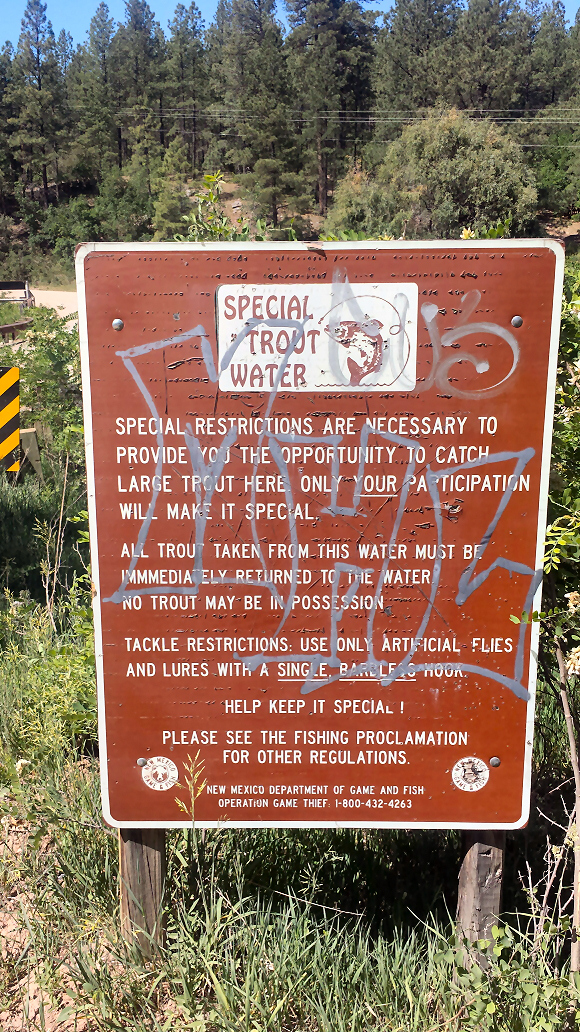 The 1.3 miles of the Rio Guadalupe from Porter’s Landing to Llano Loco Spring is designated as a Special Trout Water by the NM Game and Fish Department (NMG&FD). These regulations restrict anglers to single barbless hooks on artificial flies or lures and require any fish caught to be released unharmed.

Over the years, the signs posting these regulations have deteriorated or been knocked down so that many anglers seem not to know that they apply to the Guadalupe. Mike Maes (NM Trout Membership Chairman) recently observed this situation, which prompted an offer from us to the NMG&FD to pay for and to install new Special Trout Water signs on the Guadalupe. Within a few days of the inquiry, NMG&F Coldwater Fish Biologist Laurence Dalessandro replied that they had put the Guadalupe on their priority list for new signs and that they would replace them. A few days later he notified us that the signs have been replaced. Now no one fishing the Guadalupe can claim ignorance of the Special Trout Water Regulations. 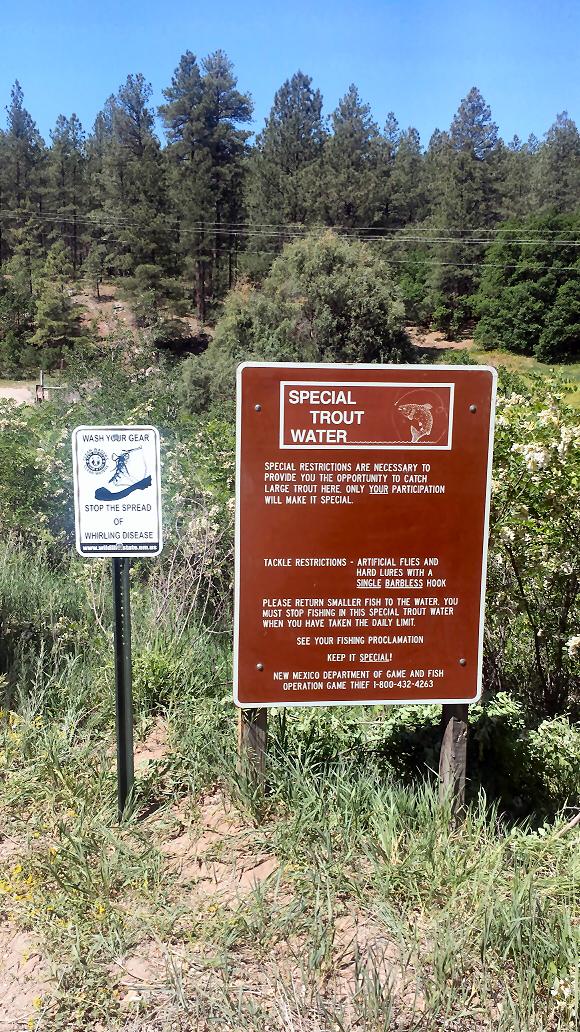 Members who encounter anglers fishing unlawfully might consider advising them of the regulations in a polite, non-threatening way. No one should risk a hostile or confrontational situation, but if handled diplomatically it might be a teachable moment that will lead someone being more thoughtful about their fishing behavior.