From the June 2017 newsletter

The endangered Colorado Pikeminnow is showing signs of recovering its diminished population in the San Juan River basin.

The lower reaches of the San Juan River provide habitat for this federally listed fish. Conservation of this fishery is a priority of the New Mexico Game and Fish Department, and staff spend a considerable amount of time monitoring, stocking, and enhancing habitat to ensuring the long-term persistence of this resource.

Based on data gathered last year following the spring peak release from Navajo Dam, scientists said they have found evidence the Colorado pikeminnow is reproducing in the San Juan River, and the offspring are surviving. The U.S. Department of Fish and Wildlife Services said more than 540 Colorado pikeminnow, once widely known as the “salmon of the southwest”, were counted in the San Juan River last year. They also found 23 yearling fish. Before last year, only one juvenile fish had been caught by scientists since work began in the 1990s to restore habitat. 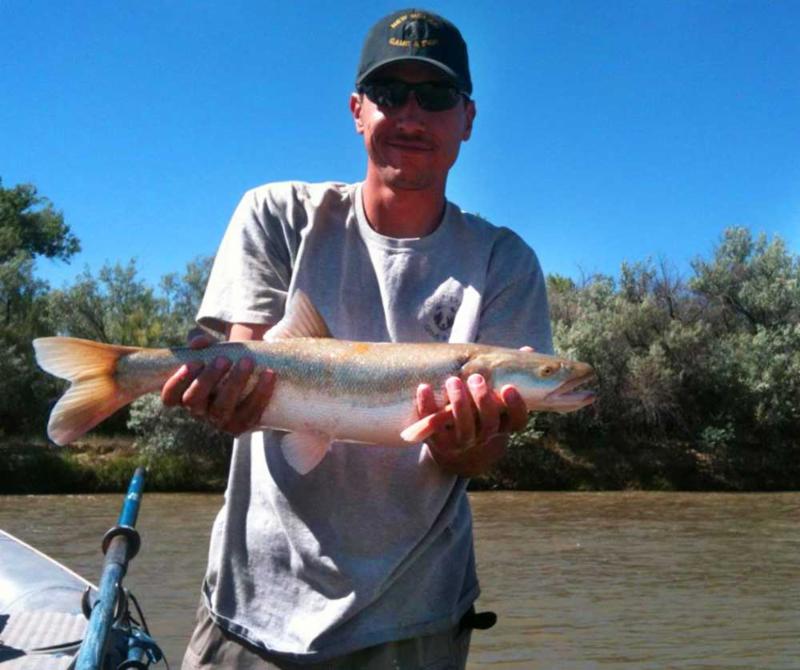