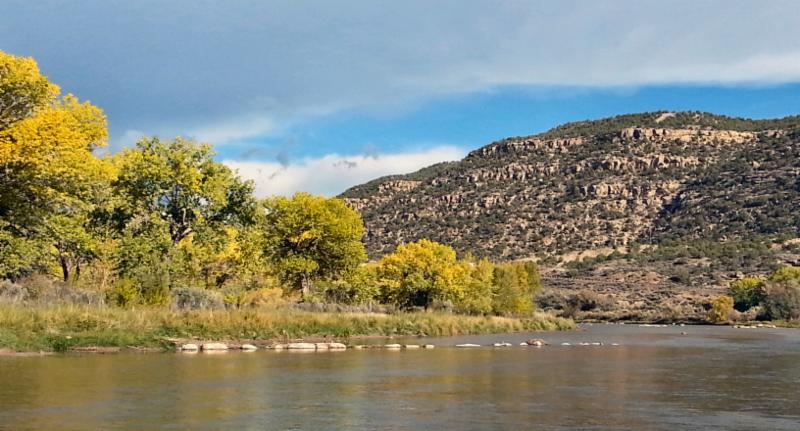 The Upper Colorado River Commission is offering $1.8 million in funding for pilot projects in which users in the upper basin states of Utah, Colorado, Wyoming and New Mexico voluntarily reduce their demand on the Colorado River. Drought is turning the nation’s largest reservoir dry – Lake Mead reached its lowest levels this summer since the 1930s – and Lake Powell is limping along, just a little over half full. The major tributary in New Mexico to the Colorado River and Lake Powell is the San Juan River.

The idea for these pilot projects is to test what works and what won’t work in a drought contingency plan, and what may be the most effective ways to keep water levels at Lake Powell at the elevation necessary to maintain hydropower production.

Robert King, the interstate streams engineer for the Utah Division of Water Resources, said the commission hopes to learn if river system conservation actually sends that water on to Lake Powell.

Pilot program participants will be selected on factors that include implementation schedule, the identified environmental benefits, the cost per acre-foot saved and the demonstration of water savings. Colorado River users interested in participating in the pilot project should submit proposals by November 30.